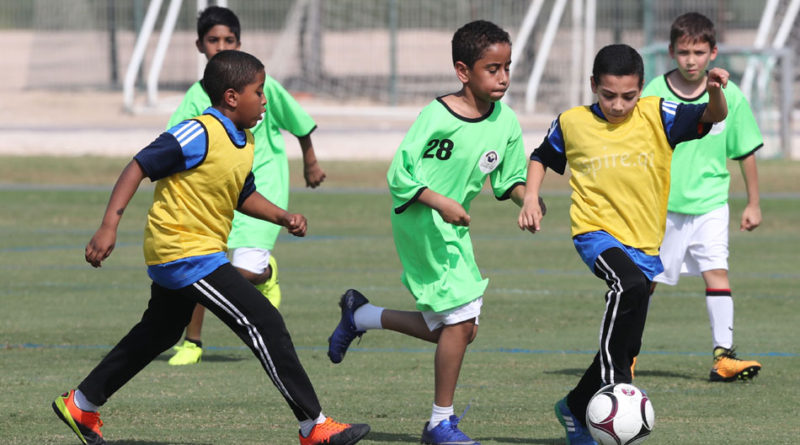 These competitions have reached their playoffs starting from the quarter-finals, which will be held in the knockout system and then semi-final and final.

The three competitions will be held on Tuesday (November 7th) at the Academy of Sports Excellence Stadium to determine the winners of the top three in this year’s competition in the first and second levels of football until the rest of the study stages are completed.

These matches witnessed a good technical level by all the teams that participated in the competition as everyone was aspiring to reach the finals, which sparked the competition and some surprises, but in general there was a state of satisfaction from the officials of the program as well as football coaches in various clubs Who were keen to pursue the competition and select the outstanding talent to include their clubs.

Three games ended in a draw as Malik Bin Anas tied Khalifa’s model with no goals and Kamal Naji with Khalifa Model 1/1. Another match was also tied to the Khalifa Model School by Abdullah Bin Zaid Al Mahmoud with a 2-2 score.

In the third group of the second level, the schools of Omar bin Al Khattab and Saud bin Abdul Rahman qualified for the final stage where they came up after they finished first and second in the group.

In the fourth group of the second level, Abdul Hamid Al-Dail and Al-Sail for the final stage, which is held in Aspire, also completed on November 7 after they finished first and second place in the group with 7 points.

This group witnessed a strong competition between Abdul Hamid Al-Dail and Al-Sakhlas schools, with excellent levels. They won the Abdullah Bin Jassim Al-Mahmoud School and both won 2-2 to take first place in the group.