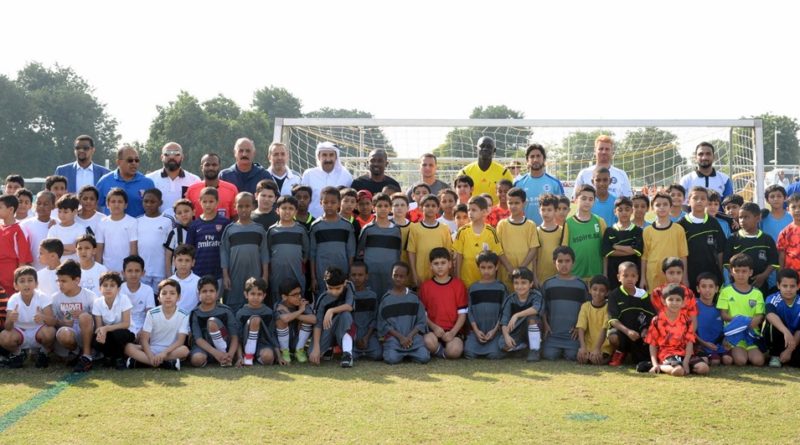 This week several stadiums have witnessed the competitions of this stage. Among the attendees were H.E. Rabi’a Al Kaabi, President of Qatar School Sports Association and Doctor Salah Salem, Technical expert of the Association, as well as many others SOP representatives responsible for competitions. The competitions were also attended by different scouts from Aspire Academy. In the first group two teams – Kamal Naji and Saud Bin Abdul Rahman – qualified to the next stage after having taken first and second places respectively. In the second group two schools – Al Shurooq and Al Wukair – qualified for the second stage after they both defeated the team of Al Khaleej Al Arabi.

In the third group teams of Al Muthanna Bin Haritha and Ali Bin Abdulla dominated after defeating the Al Ikhlas school. These matches as well as the fourth group matches were held at Al Sailiya Sport Club. In the competitions of the fifth group at Aspire teams of Abdullah Bin Zaid and Umm Salal Mohammed qualified after having beaten Joaan Bin Jassim and Malik Bin Anas schools. In the sixth group Umm Al Amad and Al Manar qualified for the second stage after they had won over Dukhan and Al Kaaban schools. In the seventh group teams of Al Qadisiyah and Abu Hanifa advanced to the second round after they had beaten Ibn Sina school. The last, eighth, group saw the qualification of two schools fro the second round: Khalifa Model and Simaisma after they had won over Al Rashad and Adbullah Bin Zubair schools.

H.E. Rabi’a Al Kaabi, the Head of SOP Organizing Committee, praised a high level of the public and private schools cooperation. He also stressed that their participation has brought to the competitions a positive impact to this year’s SOP edition.

The Head of SOP Organizing Committee also added: «We all witnessed highly developed technical skills during these competitions shown by young talents who are capable of bringing the best practices usefull for the forthcoming stages of competitions. SOP is not only a real «treasure» on the path of talented youths but also a platform that allows all the coaches in Qatar to spot, identify and scout promising talents.»

H.E. Rabi’a Al Kaabi expressed his words of gratitude to all the SOP participants for their continuous efforts in bringing these outstanding competitions to life. He also underlined the hard work of all the organizers in making this year’s SOP edition truly remarkable and memorable.  Besides, he expressed his hope that the Program would not step out off this successful path in the competitions to come.