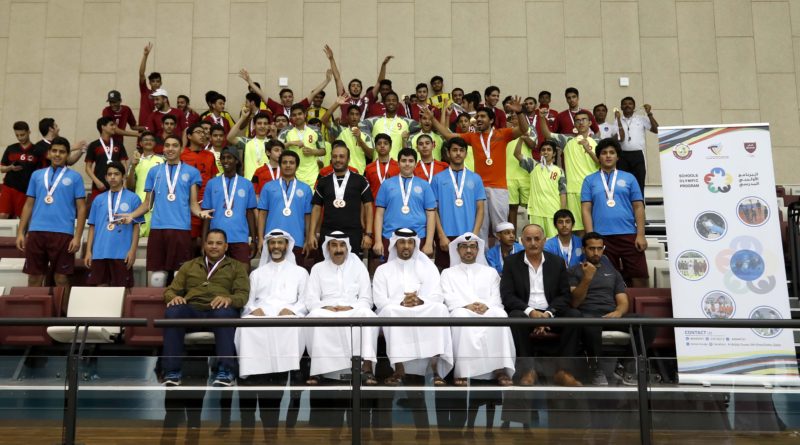 Ali Ghanim Al – Kuwari: Schools are the real mine of talent
Ali Ghanim Al-Kuwari, head of the Federation of Aircraft, stressed the importance of schools for all games, including volleyball. He said that when they started the game, they discovered the schools and started after it, considering schools to be the real mines for talent. His breakthrough even to professionalism.

Rabia Al Kaabi: Our goal is homogeneity among students
Rabia Mohammed Al Kaabi, Chairman of Qatar School Sports Federation, Chairman of the Organizing Committee of the Olympic School Program, was very impressed by the great participation of the students.
“We are very happy to have the plane completed at the primary, junior high and high school levels, and the program has come to a close after a long season in which everyone has cooperated,” he said. Levels, promote the values ​​of the importance of sport, and body safety through its practice.