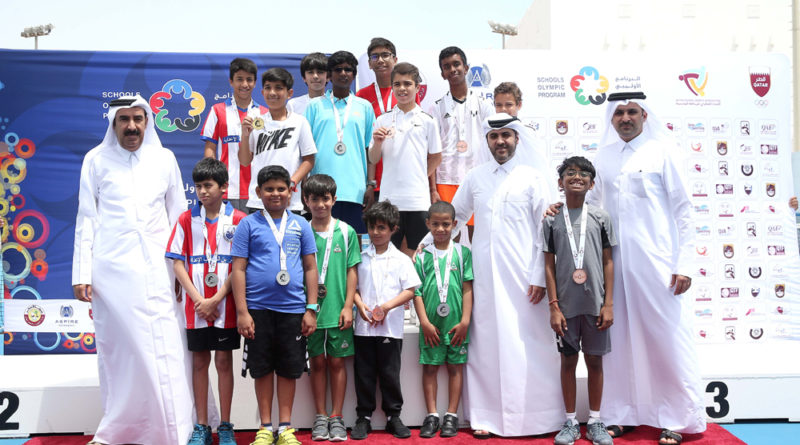 Doha, April 26, 2019 – Tennis and chess competitions as part of the 12th edition of the Schools Olympic Program (SOP) have reached their final stage this week, while finals in boys` football, basketball, volleyball, gymnastics as well as in table tennis took place at Aspire Dome on Thursday April 18.

In ‘under 8’ age category event for girls, Devia Khandikar of DMIS School took the first place while Defenish Travide of CBSE and Saryan of Newton International Academy won the second and third places respectively.

In ’12 and under’ age category event, Mahael Al-Khunji from Noor Al Khaleej won a gold medal, Rithika Monavana and Aknasha of DPS Indian School took silver and bronze respectively. In ‘under 14’ event  Sara Hamoud of Muaither Preparatory Independent School was a gold medal winner while Linguawi of Doha Academy managed to get the second spot followed by Anjyana Golba of Birla Public School who took the third place.

The SOP is held annually as a collaborative effort of Qatar School Sports Association (QSSA) and Ministry of Education and Higher Education, with hundreds of student athletes competing from all over Qatar.