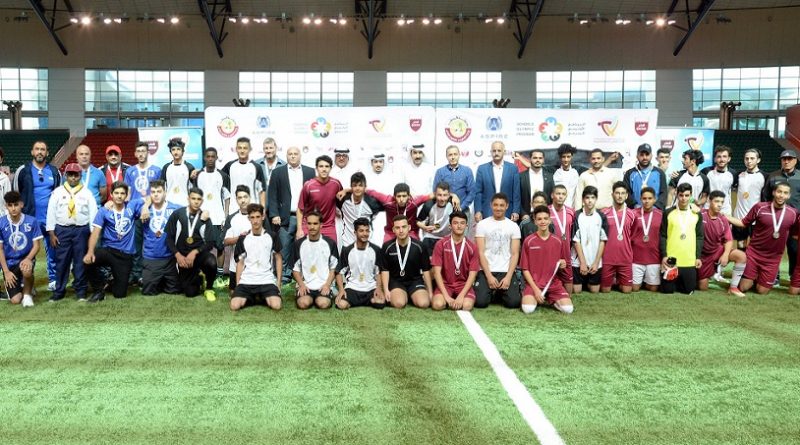 Doha, March 22. The Palestinian School has won the first place and gold medals in the SOP secondary school football competitions after beating the Tunisian school with a score of 1:0 yesterday at the Aspire Academy Indoor Stadium. The third place went to the Blyth Academy’s team.

HE Rabia Al-Kaabi, QSSA President, praised the high level of the final match for secondary schools: «I think everyone enjoyed high-level performance showed by all the players; also the match revealed many promising future talents». Apart from high technical level demonstrated by  both teams QSSA president also mentioned the positive atmosphere of the game.

HE Rabia Al-Kaabi also added: «We are all pleased with what we have seen during the SOP final competitions in swimming, taekwondo, shooting and athletics».

Sadeed Al-Marri admitted that the game helped to spot young talented players. He also praised the beneficial coopetation of the Aspire Academy with QSSA and Qatar Olympic Committee.

On behalf of the Palestinian and Tunusian schools, principals expressed thier sincere gratitute to the SOP and admitted that all the competitions were organized at a very high level.