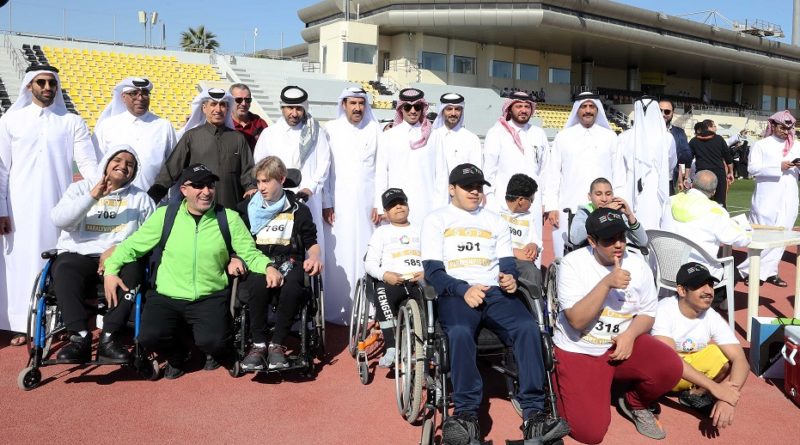 DOHA, February 5, 2020 – The Organizing Committee of the 13th edition of the School Olympic Program (SOP) organized the Paralympic Day for children with special needs at Suhaim bin Hamad stadium of Qatar Sport Club on Tuesday.

The event which was organised by the Qatar Olympic Committee (QOC) and the SOP Organizing Committee, featured the participation of 1000 students representing a huge number of schools and institutions for people with special needs.

“The event aims at providing the children a chance to show their abilities and potentials, with a possibility of joining the national team in the future, and at increasing involvement of the families. It is also aims at encouraging centers, independent schools and schools of special education to participate in the program.” He said.