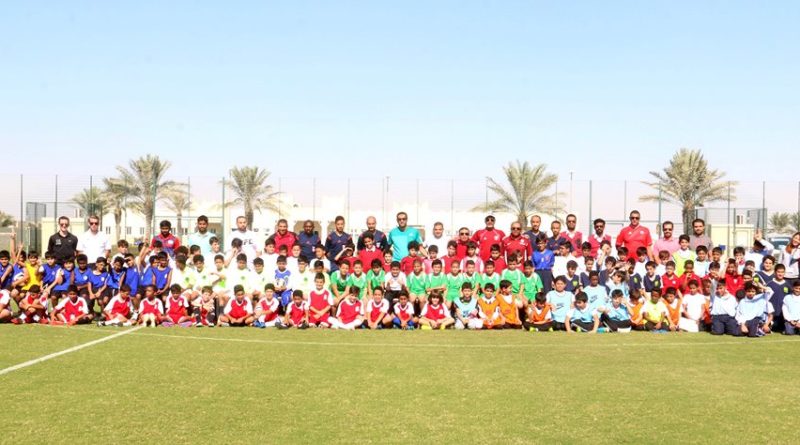 The Organizing Committee of the Olympic School Program continues its preparations for the finals which will be held in the coming period in the various games participating in this year’s edition.

The Organizing Committee, headed by HE Rabia Al Kaabi, President of Qatar Sports School Federation, along with Ali Al Hitmi, Secretary General of the Federation, and Abdel Rahman Al Miftah, the Executive Director, aim to ensure that the finals are the best in terms of organizational level. All schools, whether governmental or private, at the level of boys and girls.

Competitors in the Olympic program prepared the schedules for the current competitions and the final finalists so that everyone is ready to leave the finals in such a way as to ensure the success of this year’s edition, with the great support of the program, whether from the Olympic Committee or other partners for everyone’s wish. The finals are very distinct.

The Organizing Committee of the Olympic Program announced the dates of the finals of the Olympic program before, which is as follows: Football will be held from April 4 to 10 next.

Dr. Salah Salem, technical expert at the Sports Sports Union, said that the technical level in most competitions is very distinguished due to the great participation of all schools, whether governmental or private. This confirms that this year’s edition is strong and distinguished by the presence of these large numbers of students.

“This year’s edition is a great response by everyone, especially coaches and experts from various sports federations, to follow up on the technical levels presented by the players and players during these competitions in order to choose the talents that can be joined to clubs and different teams.

Dr. Salem Salem pointed out that the school Olympic program represents a bright and important point in the discovery of talent, as in those small Sunni stages that represent the stage of the emergence of talent and we are happy with what we have seen from the level during the competitions and this represents an important success of the program.