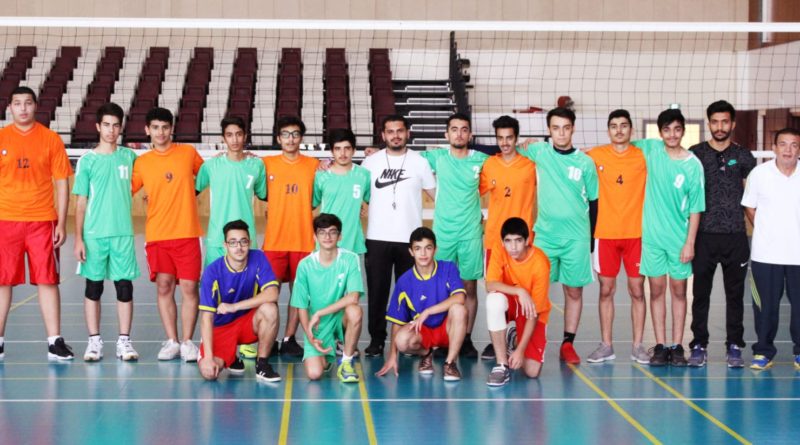 Doha, November 8/2018. Competitions within the 12th edition of SOP for both boys and girls continued at different venues.

In volleyball competitions in a tough match of secondary level the Iranian school won the Palestinian school with a final score 2:0 while the results for the sets were 25:16 and 25:23. The match was held at the Volleyball Association hall at Al Arabi Sports Club.

In competitions of the Preparatory level, which were held at Hind Bint Abi Sufyan school Al-Thaayen School won over Muaither school 2:0 while the team of Granada school defeated Al Wakra school with the same result.

The volleyball competitions were remarkably desperate, especially taking into consideration that the Preparatory and Secondary levels are the strongest ones where talents show strong performance. 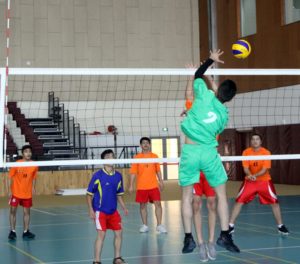 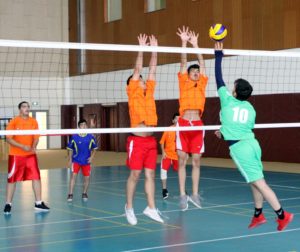 These competitions are considered to be of high importance for the officials from the Qatar Volleyball Association, headed by Ali Ghanem Al-Kuwari. The trainers from the Association or from the clubs are attending these competitions in search for the outstanding players and bringing them to the clubs. This benefits different national teams, as well as accomplishes the goals of the Schools Olympic Program in the detection of new talents.

The competitions will continue in the forthcoming future to qualify the teams for the second round of the championship since everyone desires to be among the finalists.

In the boys’ basketball competitions of Secondary level, both Hassan bin Thabit school and Ahmad bin Hanbal school qualified for the second round of the championship taking the first and second places accordingly in the group’s settlement, which also includes Omar bin Abdul Aziz School. These competitions were held at the Basketball Association hall at the Al-Gharafa Sport Club.

These two schools qualified after Hassan bin Thabit school had won the Ahmad bin Hanbal school with a score 24:21 which showed very strong performance and will from both schools who were very close to winning each other during the match.

The Hassan Bin Thabit School team defeated the Omar Bin Abdul Aziz School 13:8 to lead the group. The last match in that group was between Ahmad Bin Hanbal and Omar Bin Abdul Aziz schools. Ahmad Bin Hanbal School won with a impressive score 31:17, while players from both teams showed outstanding technical skills gaining admiration of all the spectators including SOP and QBF officials.