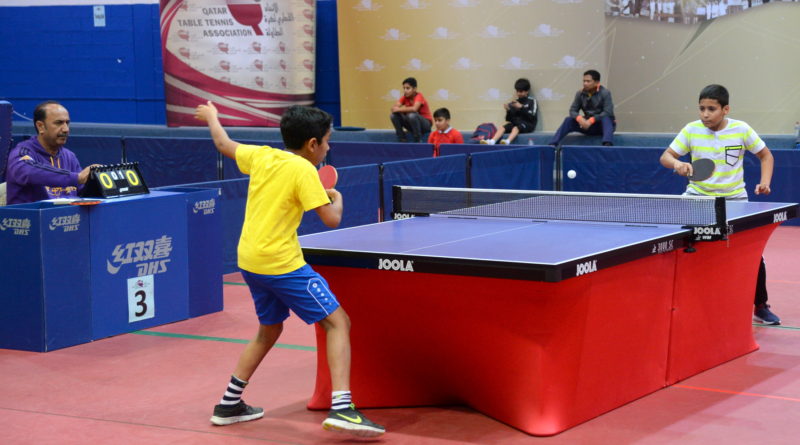 DOHA, January 22, 2019. Students from different learning stages have made impressive performance in basketball, table tennis and volleyball competitions within the 12th edition of  Schools Olympic Program on Monday.

In the basketball event for private primary schools (boys) held in Al Ittihad Hall at Al Gharafa Sports Club Al Alashbal Primary school qualified for the second round,  following their victory over Awfaz International schools (Izghawa and Al Dafna) 15-0 and 2-17 respectively. In competitions for the first level Al Jazeera Academy defeated Awfaz International school with a score 5-3 and qualified for the second round.