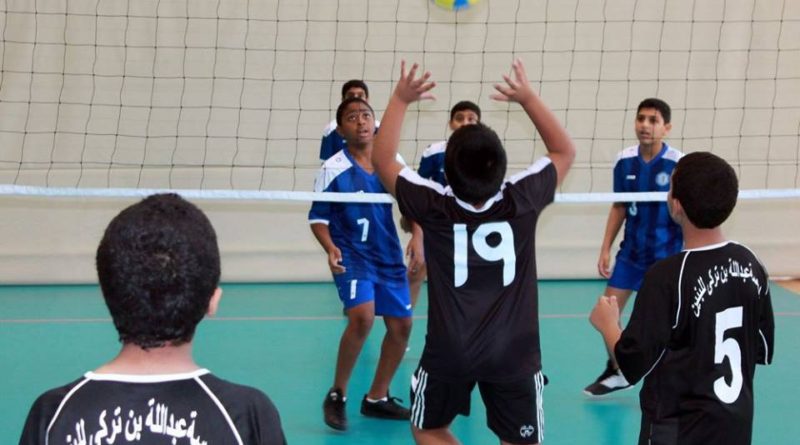 The volleyball competitions of the preparatory stage were held yesterday at the Olympic Games in the Arab Federation of Volleyball.

Hamza School team wins the competition in four games and the loss of one game with eight games and one run and comes in second place with the same results team Ibn Khaldun School .. In third place team Mohammed bin Jassim School and then the Abu Obeida School.

The high school matches were strong as the participating schools sought to win and thus to be at the center of the competition, with a great interest from officials in both the Volleyball Federation and those responsible for the Olympic program to strive for all the important objectives of the Olympic program.
The matches witnessed the victory of Hamza school on the north with a score of 2/0 and the same result Mohammed bin Jassim Ali Abdullah Al-Misnad and Ibn Khaldun Ali Abu Obaidah.

The players provided good technical standards and the admiration of the followers of the coaches of different clubs and the Federation of Volleyball where there is a great interest by everyone to follow the talented players and test the best of them to join the different clubs in the framework of the discovery of talented school Olympic program, which is supervised by the Qatar School Sports Association.

For his part, Dr. Salah Salem, technical expert of the school Olympic program, said that the technical level in the Olympic program increases with the continuation of the competitions and said: The large participation by schools in this year’s edition raised the number of competing players well confirmed that this version will be the strongest.

“There is no doubt that such a large number creates a good competitive environment through which the talented players can show their ability to choose the best and join the clubs or unions. This is one of the objectives of the Olympic program.

“In the next stage with the finals, the overall situation will be different as the teams that qualify will be in strong confrontations with their counterparts, which will make all matches strong and thus achieve what is required by selecting outstanding talent especially in the young age. Dr. Salah Salem wished all the participants success in thanking the schools participating in the program and stressing the importance of this program in the discovery of talent.