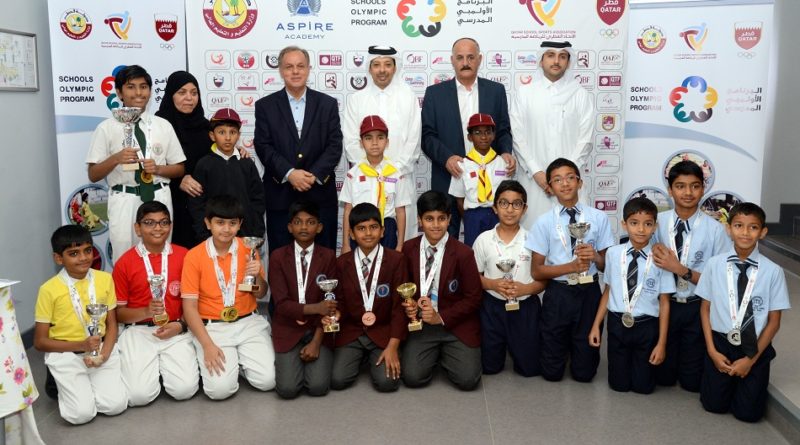 Doha, May 1, 2019 –  The Schools Olympic Program 2018-2019 chess competitions for both boys and girls successfully concluded with a participation of a large number of schools. Chess, an intellectual game viewed as a brain-stimulating activity is always of great interest for both children and adults. After the competition Dr. Salah Salem, QSSA Technical Expert, presented a special gift to Mrs. Fawzia al-Kuwari, Jawaan Bin Jassim School Operator, as well as to Mohammed Al-Mudahka, President of QCF as a gesture of appreciation for their continued efforts to make the SOP competitions so successful.

The SOP is held annually as a collaborative effort of Qatar School Sports Association (QSSA) and Ministry of Education and Higher Education, with hundreds of students competing from all over Qatar.