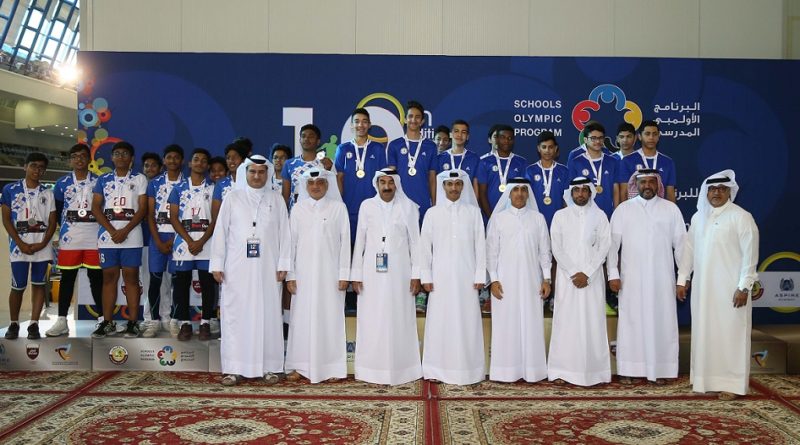 DOHA, April 19, 2019-The 12th edition of the Schools Olympic Program (SOP) was concluded at Aspire Academy on Thursday.

Rabea Al Kaabi, President of the Qatar School Sport Association thanked all the partners who have contributed to the success of the Schools Olympic Program in its 12th edition including the Ministry of Education and Higher Education, Aspire Academy and the Qatar Olympic Committee.