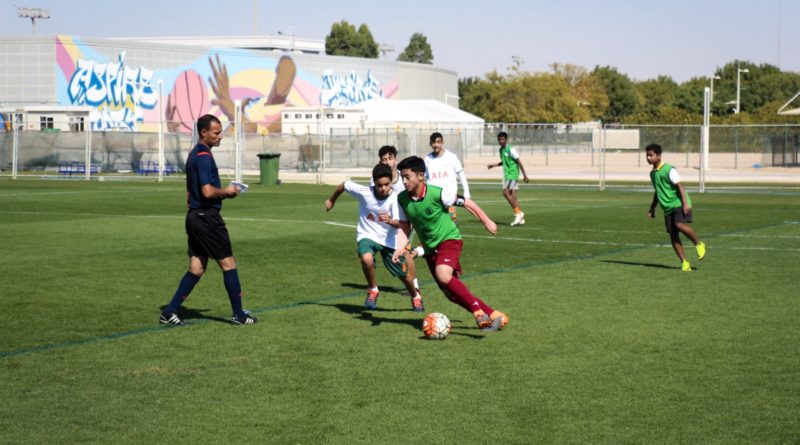 Doha, February 28, 2019. Aspire stadiums hosted SOP football competitions of the third level for public and private schools. The competitions were held for boys born in 2004, 2005 and 2006 and were attended by large number of students and school officials, as well as different clubs’ representatives who monitor young talents for their future role as part of their teams.

The quarterfinal qualifyiers in the event for public schools were the teams of Abdullah bin Ali Al-Misnad school, the Religious Institute, Abu Obaidah, Ali Bin Abi Talib; in the private school event Bhavan Public School (Al Wakra), Micheal E. DeBakey School, Cambridge and the Sudanese school – proceeded to the next round.