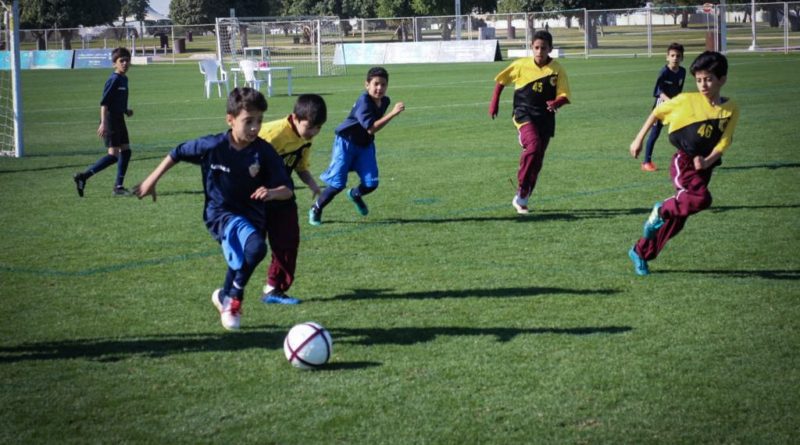 Doha, February 20, 2019.  Football competitions within the 12th edition of Schools Olympic Program (SOP) entered quarterfinals after the matches of the third round aimed to qualify teams for the quarterfinals have finished.

In group B, in the same event, the Umm Salal Mohammed Model Independent and Samisma Primary school teams qualified for the next round. Umm Salal Mohammed defeated Al Qadisiyah Model Boys School with a score of 3:0, Samisma 3:1 and played a draw with Al Manar 3:3 while the second-place team of Samisma school won 2:1 over the school of Al-Qadisiyah and played a 2:2 draw with Al-Manar school.

In group D, the qualifiers for the quarterfinals were The Doha Academy and Al-Noor Language school. The Doha Academy won over Doha Modern Indian school 3:1, the Gulf English with a score of 2:1 and drew 3:3 with Al-Noor Private school. Al Noor school team beat Doha Modern Indian school with a score of 7:0 and played a 1:1 draw with The Gulf English school.

In order to promote healthy lifestyle and encourage student to practice sport activities all the SOP competitions are attended and controlled by referees accredited by Qatar Football Association and scouts from the Aspire Academy who spare no effort to spot young talented players and give them an opportunity to compete on behalf of Qatar national teams internationally in the future.

At these first stages, competitions are proved to be of great importance to everyone. It is the very time when the talents of young players are starting to reveal itself, thus helping to achieve the main objective of the Schools Olympic Program – to discover «young treasures» and grant them easier access to the national clubs.